High Rollers: The 10 Most Well-Known Players

Most people fantasize about what it would be like to win a lot of money. They might take an expensive vacation, buy a sweet car or splurge on a loved one like never before. When it comes to casinos, some people live the decadent high-roller life all the time. But who are they? Are they just rich people with spare cash, lucky individuals, seasoned professionals, or all of the above?

Below, we will give you the rundown on the different gambler’s lives, but also discuss how big spenders use their time in online & brick-and-mortar casinos and talk about the most popular games and tournaments available for high rollers to rake in the moolah.

Who Are High Rollers?

High rollers are gamblers who spend a lot of money at the table. That is, the stakes they play at are steep. Some of them are considered “whales”, which are wealthy contestants without much skill. Then, there are professional high-stakes players who consistently perform well when the money is in the pot. However, not all of these players are easily found in your physical casino location — many participate exclusively online. 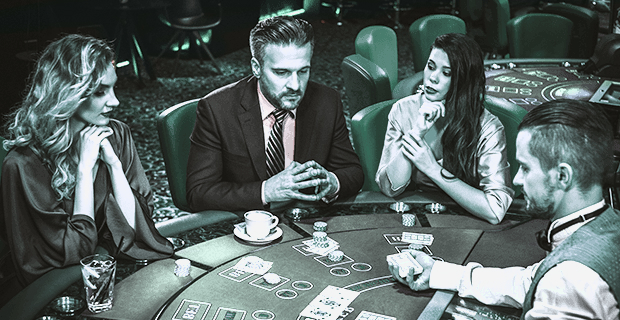 There’s nothing quite like stepping foot into the flashing lights of a casino. The architecture, the music, the drinks, the games, the performers — it’s all an experience to be enjoyed. Whales flock like birds to the tables for those real-life perks and do enjoy special treatment specific to them.

These perks usually come in the form of a rewards program that lets players get some value even if they lose. For example, a casino may offer players with large bankrolls free or discounted rooms, complimentary beverages or food, tickets for local shows, etc.

Internet high rollers are in a whole different ball game. Due to the vast number of casinos in the online space, players are heavily incentivized to stick with their gambling site of choice in the form of loyalty programs. Rewards for big spenders online include tiered emblems which identify you as a prominent member of the community.

Additionally, the online betting establishment may offer ranking individuals’ free entry to tournaments, cash back bonuses, deposit bonuses, free spins, etc. However, because online casinos can handle much greater traffic than a physical building, the threshold for these rewards is typically greater.

A high-roller tournament is one with a giant barrier for entry. Deposits can exceed $100,000 just for a chance at striking gold. These tournaments aren’t like your usual $25 entry fee game. While the stakes are higher, they typically have special rules such as re-buys, knockout bonuses, loose bubbles, and even media exposure. 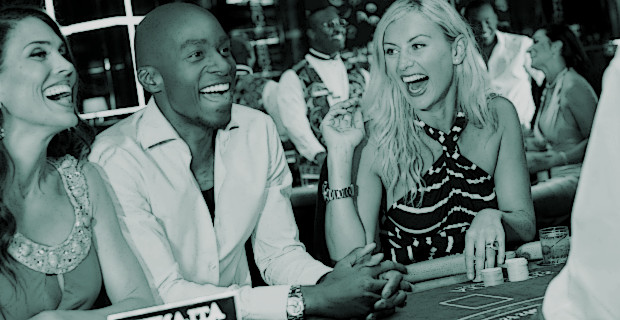 Unlike a normal cash Baccarat game, you’re competing against fellow players to win the most. The only thing that matters is that you have the most chips by the game’s end. Baccarat tournaments for high rollers are the biggest hits in Asia, but their popularity extends across the globe.

One of the world’s greatest Baccarat competitions, The Grand Dragon Master Baccarat Championship, is in Las Vegas, Nevada at the Venetian casino. Players can duke it out for a whopping $1.2 million prize pool! This excitement continues online, with weekly high-roller tournaments being held on international sites.

Blackjack is usually a one-on-one game with the dealer, but the same premise goes for this tournament game as Baccarat: you must try to out-win your opponents! The most popular games are weekly tournaments in brick-and-mortar casinos spread all around the world.

Remember, the house edge in this game is small, so that means it’s also popular on the web. High rollers love to take part in the single and multi-table tournaments at sites, which feature the elimination format.

Poker is certainly the most watched and played tournament game to date. This means that finding a tournament for high rollers is easy! Local casinos run daily or weekly tournaments for big spenders with buy-ins in the thousands. Online can be even more lucrative, with many sites setting up $50,000 poker rumbles with variations including knockouts, eliminations, multi-game, etc.

Poker tournaments are a huge hit in real life too, with The World Series of Poker being televised regularly since 2005. There are also other games such as The World Poker Tour and the online-only Pokerstars Sunday Million to be enjoyed by those willing to take the plunge.

As in every sector, there are a set of personalities that most people know and understand. All of the high roller personalities are fundamentally different; some play live games professionally, others are wealthy businessmen who let the dice get the best of their wallets. Whatever the case, their chosen lifestyle is to engage in high stakes gambling and reap the rewards of their behavior. Below, we’ll look at what it means to live life on the edge. 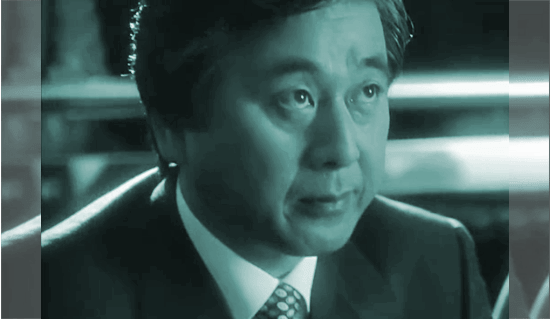 Akio Kashiwagi was a well-off investor who lived in Tokyo. He is most recognized for his spending habits at casinos around the globe. His game of choice was Baccarat, where he indulged in some of the highest stakes games available. Probably his most infamous encounter was at the Taj Mahal casino, where he lost around $10 million and disputed the debt in a legal fiasco.

Overall, Kashiwagi is assumed to have lost much more than he won, but he never broke the bank thanks to his millions in annual income from his secretive business practices. 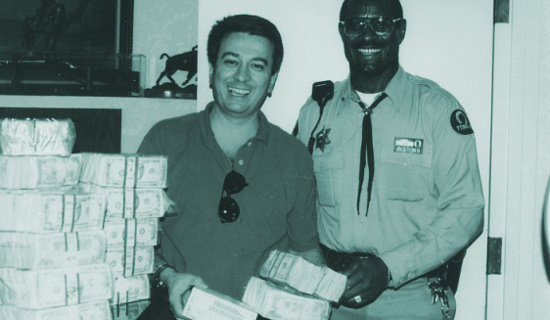 Archie Karas is somewhat of a legend in the high-stakes gambling realm. Though he gambled by other means such as with billiards, his game of choice was Poker. He holds claim to the longest-running consecutive winning streak, despite that claim being nearly impossible to prove. However, the story goes that Karas ventured off to Las Vegas with only $50 in his pocket.

After convincing a friend to loan him $10,000, he quickly ran up that money to $17 million in just six months. Known as “The Run”, this period of mania turned sour a few years later as he lost a ton of money rolling dice and betting in other ways. Karas continued to gamble for many years with mixed results but has won millions at the high-roller tables in his lifetime. 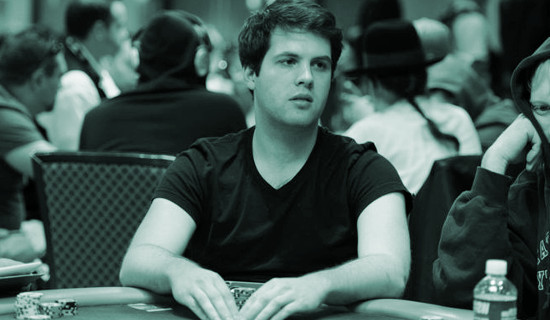 Ben Sulsky is most famous for playing poker online, specifically on the platform Pokerstars. He has experience in playing the traditional Hold’em game but is known for PLO and has made a boatload of money in that game. Sulsky is best known for his crazy good heads-up cash games, having raked in millions from playing online.

Despite being known for his online play, he has also won around $1.6 million from The World Series of Poker and made the final table twice, an impressive feat for the 30-year-old man from Durham, New Hampshire. 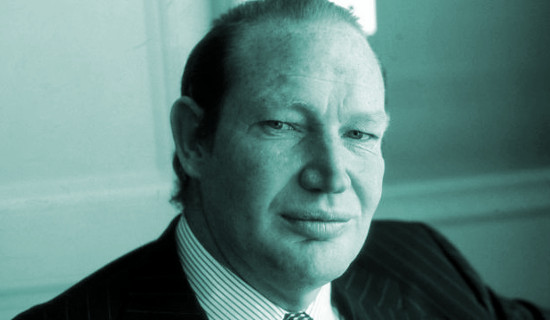 Kerry Packer hailed from Australia and lived his voracious gambling life during the mid-1900’s. Because he sat on the throne of a huge media empire inherited sometime in his 30’s, Packer was able to satiate his luxurious lifestyle of drinking, smoking, and gambling to his heart’s content. As a true whale, Packer thought nothing of tossing giant sums of money into his habit.

Blackjack was his game of choice, but he allegedly lost about $13.6 million playing Baccarat in Vegas in 3 days. Luckily, he won most of it back in London betting establishments and further trips to Vegas. In short, Packer loved the wager and the thrill of the high roll, but he likely bled more money than he earned. 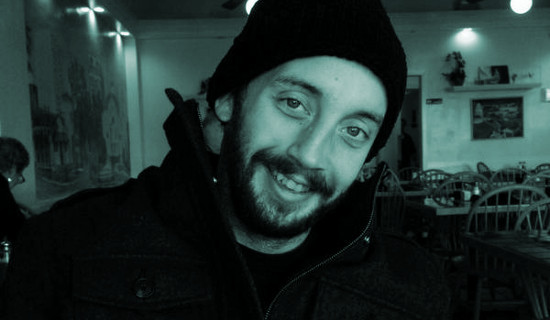 Another online poker millionaire, Kyle Hendon, who goes by the username “Cottonseed1”, is known for playing poker on the website Full Tilt Poker. While he tries to fly somewhat under the radar when it comes to his finances, it is known that he made around $3.1 million in 2013, most of which was likely made playing $2k/$4k FL08.

In recent years, he’s acted as a personal gambling coach on Stoxpoker site but is known as a more conservative gambler who does not want the insane swings some of the high rollers enjoy. Giant losses he may have incurred over the years are unknown. 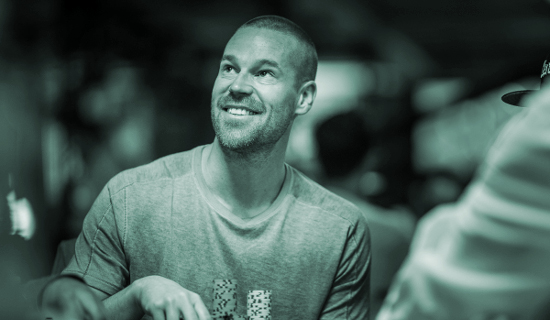 If you have ever looked into professional Poker, Patrik Antonius is a name you’ve likely heard. The Finnish gambler got his start by making deep runs in the European Poker Tour and World Poker Tour and has since been at the forefront of high-roller tournaments and cash games.

Most notably, he is a regular guest on several TV series such as High Stakes Poker and Poker After Dark, both of which pit some of the most well-known high rollers against each other. While he’s lost huge at times (losing over $600,000 to Tom Dwan, the biggest pot in televised poker history), his successes are impressive (winning $1.3 million against online poker legend Isildur1). 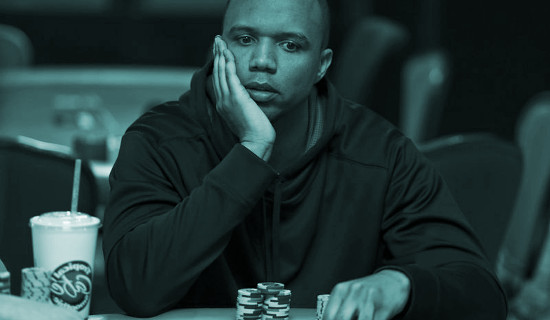 Phil Ivey is widely regarded to be the best poker player in the world. Not to shabby of a title, huh? He holds ten World Series of Poker bracelets. Ivey is a live poker savant who can also tear it up online. Being one of the original designers for Full Tilt Poker, his winnings each year on the site are more than $2 million. 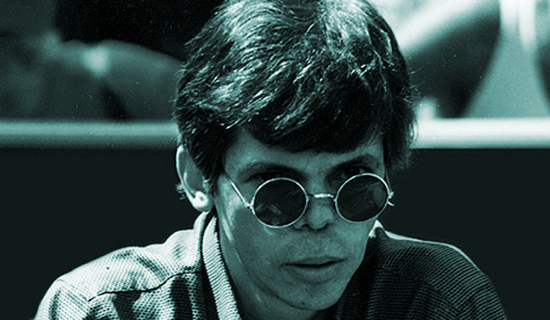 Card counting is the practice of memorizing the cards in a Blackjack shoe to better determine the outcome of each possible hand. While the practice is now widely known and is often eliminated by casino personnel, Ungar took advantage of his nature counting ability to win big at Blackjack. Eventually, he was barred from gambling at many establishments.

However, later becoming known as “The Comeback Kid”, he revamped his gaming habits to Poker and won around $30 million in his poker career through aggressive play and stone-cold bluffs. The drug use caught up to Ungar, who died in 1998. 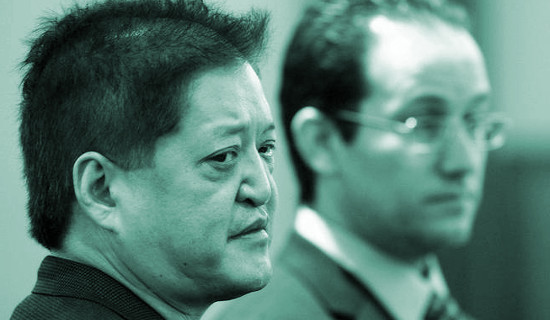 Terrance Watanabe is said to be one of the greatest all-times whales in Poker. Truly, he was a wet dream for anyone at his poker table: an amateur, wealthy, gung-ho gambler. Imagine losing over $200 million in Vegas in a single year. Now, imagine suing the casinos for intentionally letting this blatantly obvious losing behavior continue.

Imagine these things and you’d be Watanabe, who was left broke and in litigation with Vegas casinos which allegedly enabled his behavior. Though he was heir to The Oriental Trading Company and grew the business to gross $300 million annually, his terrible gambling habits left his fortune in disrepair. 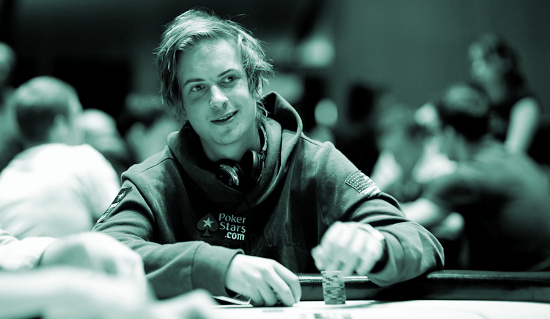 Victor “Insildur1” Blom is an absolute legend in the online gambling community. The mere utterance of his name strikes both awe and fear into the hears of poker players. His aggressive poker style and sick bluffs were renowned, but what was even more noticeable were the stakes at which he played. In 2009, he took part in every single one of the ten largest pots online poker had ever seen.

Everything from Hold’em to Omaha was on the table for Isildur1, and in the mid-2000’s he grinded out millions between different sites. The Swede then signed on with Pokerstars and eventually Full Tilt Poker. Today, he continues his online play, but leverages live tournaments more with over $1.7 million won in just tournament games alone.

Our website uses cookies to improve your experience while using the web portal. Cookies help us to monitor how people use the website, so we implement them with a view to making improvements and making this site more useful for you.
I agree